A time of social distancing and lockdown could be considered a difficult time for political organising and grassroots activism. However, as ever, progressive voices and left-wing activists everywhere have been to the fore in embracing new challenges and new means of communication in a time of pandemic.

In light of this time of new ventures, it was welcome to see ‘Labour For Irish Unity (LFIU)’ officially launched in March as a new voice in Britain on the politics of Ireland.

Reeling from 2019’s difficult electoral defeat for the British Labour party; a collection of Labour Party activists, trade unionists, and members of the Irish community in Britain have been holding regular discussions about the need for a new initiative promoting the cause of Irish unity within the British Labour Party.

These discussions have now come to fruition with the formal establishment of ‘Labour For Irish Unity’.

As Laura Sullivan, LFIU’s co-chair, explained at the end of March:

“There is a growing debate throughout Ireland about re-unification, how that can be achieved, and what a new state should look like in terms of political, social and economic equality. All significant Irish political parties and many prominent individuals – including from the unionist community - have joined this debate. It is time this conversation was reflected in British politics. Britain still maintains ultimate authority in Northern Ireland. The exercise of that authority has rarely proved beneficial for the people living there.

“LFIU believes that the recent controversies over Brexit, the failure of the Tory government to launch an enquiry into past collusion between British security forces and loyalist terror gangs, the threat of the same inherent in the new “Spy-Cop” legislation, and the increase in the votes for anti-partition parties in both parts of Ireland have established a new context.”

Basing their political framework and campaign within the structures of the Good Friday Agreement, Sullivan points out: “The Good Friday Agreement was a major step forward, but not all its provisions have been enacted, while others were left vague. For example, the circumstances in which a border poll takes place need to be spelt out and agreed.”

The role for progressive voices in Britain is clearly recognised by the group, as Sullivan argues, “The Good Friday Agreement promised that all decisions about Ireland’s future would be taken by the people of Ireland themselves. But opinion in Britain can help inform that debate.”

Sullivan also notes, “It is especially true in the labour movement where, traditionally, the friends of Ireland have been most numerous. That is why we are concentrating our attention there, as well as in local Irish communities. Let us discuss how Britain leaves Ireland for good.”

The Sinn Féin London Office welcomes this initiative as forward thinking and progressive. We wish LFIU every success with their campaigns and initiatives in the time ahead. All voices need to enter into the ongoing discussion surrounding Irish unity and LFIU is a welcome addition to this debate. Any British Labour Party activists interested in supporting LFIU are encouraged to email: labourforirishunity@gmail.com. (Text: Joe Dwyer, an poblacht) A brand new video by Emily Radke, a young woman from Berlin who started studying song writing at the BIMM Dublin last autumn (and was awarded their Sinéad O'Connor scholarship) – this is her very first single: 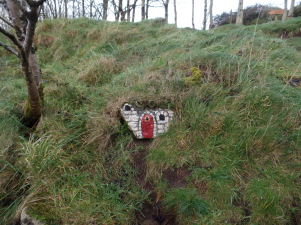